On July 21, I set up my trusty 3" refractor (f16), which I bought 54 years ago, and used a Meade 20mm eyepiece (which I've had for close to 40 years) to look at the Moon, Jupiter, etc. I invited my neighbour, Trevor, to have a look. It seems that he had never seen the Moon close up. He was very impressed and wondered if a smartphone could be used to take a picture.

I told him that it would be possible, but challenging to manually align the smartphone camera lens with the eyepiece.  Well, he tried anyway, I helped him to line up the lens. During the short moments that a good image appeared on the smartphone screen, a couple of pictures were taken. Here's an image of "Trevor's Moon", taken with his Samsung smartphone. Quite acceptable, although the dynamic range seems a bit narrow. I have added "enhanced" pictures (modified from the original) to show more cratered area detail. The highly overexposed bright areas did not contain enough detail to recover. 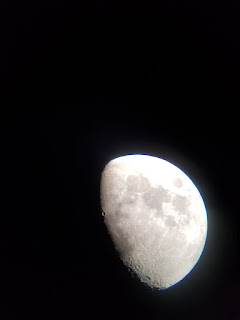 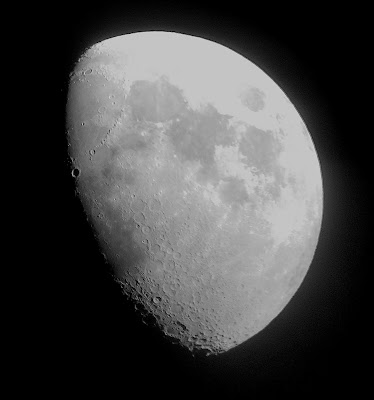 Cropped from the original image. 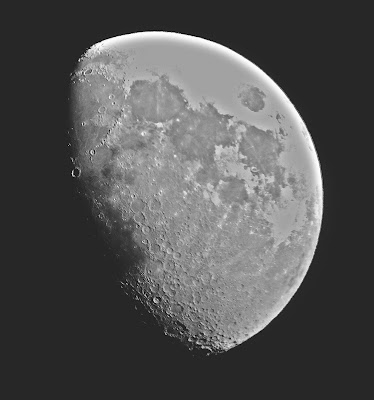 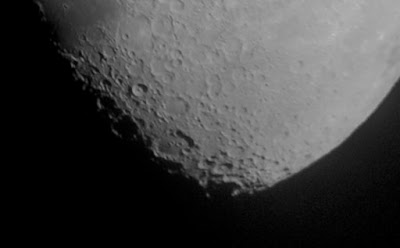 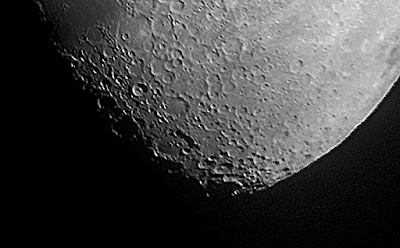 The prominent craters Tycho and Clavius show up well, including the craters inside Clavius. I was surprised that this makeshift arrangement had such a good result. Amazing what one can do with today's smartphones and graphics programs.

I'm thinking of buying one of the available smartphone camera attachments (I have an iPhone 6s) and, on our public nights, have people activate the camera button. That way, they could  photograph the craters of the Moon themselves (I'd email the image to them). It might be popular for SFU's Starry Nights, and our "side walk" RASC events.