Fall has come with a vengeance, we're being "served" one atmospheric low after another. This means a continuously cloudy sky; for someone interested in astronomy, this is disappointing. However, there is nothing new in this. Our part of the world is subject to a lot of rain at this time of year. While the nights are getting rapidly longer, temperatures are still in the low and mid teens. This would make observing or photographing the night sky quite "comfortable" (albeit having to be warmly dressed), the clouds spoil the possibilities. There have been several occasions lately for which planned, and announced public astronomical activities (both by the RASC and SFU) have had to be cancelled. Occasionally, we luck out and have a (sometimes unpredicted) clear day, evening, or night. 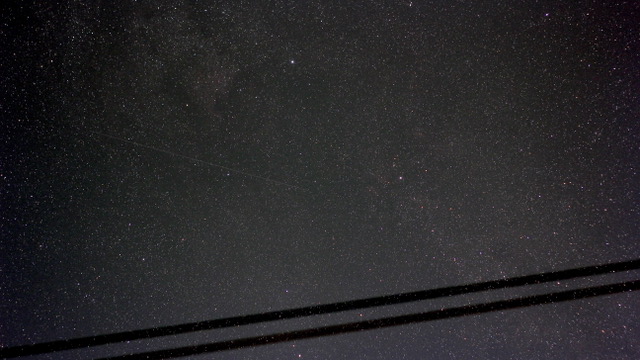 Here's a single image of the Milky Way taken from a particular corner in our back yard. It's the only area around our house not exposed to streetlights, or security lights on nearby houses. The Moon was at first quarter and the light pollution from Metrotown makes seeing the Milky Way with the naked eye impossible around here. The image is shown after a quick, basic adjustment in Photoshop. This is a 30 second exposure, using a 135mm lens, set to f3.5, ISO 800, camera: Canon 60Da, mounted on an iOptron Sky Tracker (to compensate for the Earth's rotation). The two black lines are the "shadows" of our clothesline. in the image above, you an begin to see the pinkish areas of hydrogen gas in our Milky way, particularly the outline of the "North America Nebula" to the left of the bright star (named Deneb) near the top centre. 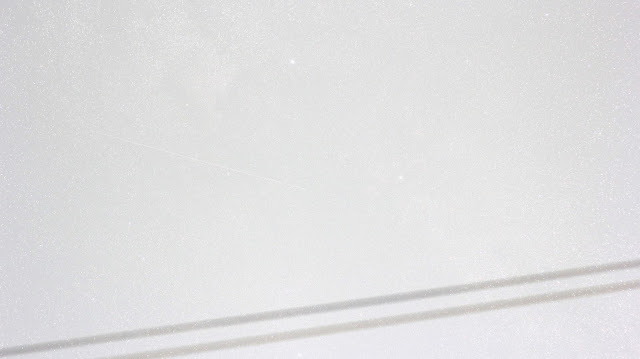 This is the original image as transferred from the camera and shows the light pollution in this city.

You've got to drive at least a couple of hours to get away from the light-polluted Lower Mainland for views like that.

Perhaps one day our cities will wake up to the fact that we're paying a lot of money for light that never hits the road, but instead lights up the night sky. There also more insidious effects on our own lives, as well as other species. There are a number of solutions to this problem, but there is not much will to do anything about it. Find out more about the effects of light pollution here: